“Dubai Ride” is taking place on the same weekend of the HERO Dubai Hatta. Because of this, we’ve agreed with the UAE’s local authorities to postpone our event from 5 November 2022 to Sunday, 5 February 2023.
It wasn’t an easy decision to make. However, after talking with our partner, XDubai, we decided to go ahead to ensure the HERO Dubai Hatta gets all the attention it deserves. We also wanted to honour and respect an important, local cycling event which attracts tens of thousands of participants every year. The silver lining is that by postponing our race in the desert, we’re going to work even harder to make the 2023 HERO Dubai Hatta even more unique and exciting!

The HERO Dubai race will take place at Hatta, the Nature Park 110 km east of Dubai. It is an area that allows a glimpse into the genuine culture of the Emirates, the territory of Hatta is striking for the atmosphere that only the desert is able to convey in its true authenticity. It is in this context that Hatta aims to become a reference destination for ecotourism in the Arabic region, and the decision to create a permanent Mountain Bike Trail Centre represents Hatta's desire to position itself on the international off-road bike world.

Temperatures in February are between 16° - 24°C. However, in HATTA, where the race takes place, the climate is cooler due to the mountainous environment in the desert and hinterland.

The route features 60 km and 1,600 m elevation gain, and develops on the Mountain Bike Trail Centre’s single trails in Hatta. The route is mostly on dirt road and sand and does not feature specific technical elements. Another shorter route (30 km and 800 m elevation gain) will also be available for anyone wanting to experience what it feels like to bike in the desert. However, only competing in the 60 km race will qualify you to take part in the HS circuit. 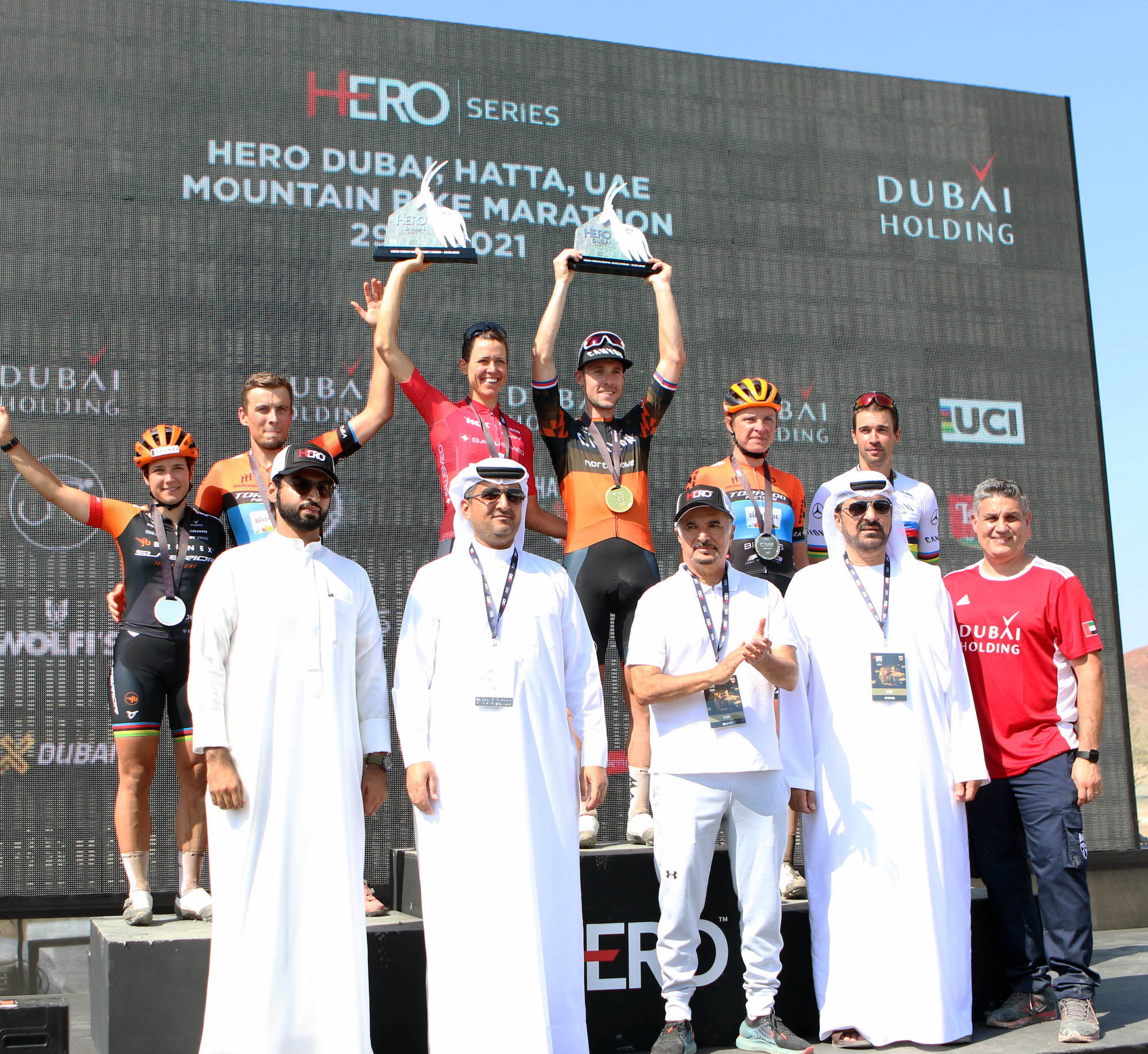 What a rollercoaster of emotions to have seen you take on the challenges of this spectacular 2021 edition of the HERO Dubai Hatta, presented by Dubai Holding! Relive the thrills now

You can purchase your own photos of the race on the website
www.sportograf.com

How to get there
Hatta Dubai – UAE
Partner